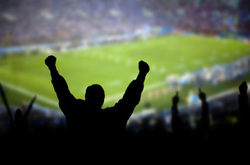 The Alliance was formed in 1994, taking its initial member clubs from the West Midlands (Regional) League and the Midland Football Combination, which had existed since before the Second World War, having originally been formed as the Birmingham & District League and the Worcestershire Combination respectively.  Their catchment areas had gradually converged, and by the early 1990s the standard of play and geographical coverage of the two competitions were considered to be similar enough that a new competition was formed to cater for the best clubs previously split across the two leagues

The league drew ten member clubs from each of the two leagues for its inaugural season. The clubs selected to join from the Midland Combination were Barwell, Boldmere St Michaels, Bolehall Swifts, Pershore Town, Sandwell Borough, Shepshed Dynamo, Shifnal Town, Stapenhill, Stratford Town and West Midlands Police. Those selected from the West Midlands (Regional) League were Brierley Hill Town, Chasetown, Halesowen Harriers, Hinckley Athletic, Knypersley Victoria, Oldbury United, Paget Rangers, Rocester, Rushall Olympic and Willenhall Town. Paget Rangers won the first league championship by a margin of 12 points from Hinckley Athletic in the 1994–95 season, and gained promotion to the Southern League. The Alliance's status as a feeder to the Southern League was cemented when Armitage 90 were relegated in the opposite direction.  Armitage went on to dominate the league in the 1995–96 season but disbanded midway through the season, with the result that their record was expunged from the table.

For the 1999–2000 season the league increased in size to 22 clubs when two clubs were promoted into the Alliance but none relegated out of it. One of the promoted clubs was Oadby Town of the Leicestershire Senior League, the first time a team from that league had been promoted into the Alliance. Two years later, the league increased in size to 23 clubs as more teams joined than left, but Stapenhill resigned midway through the 2001–02 season, reverting the number of clubs in the competition back to 22. The league expanded to 24 clubs for the 2003–04 season, at the end of which, for the first time, Alliance clubs were promoted to the Northern Premier League, rather than the Southern League, when Rocester and Willenhall Town joined the more northerly of the two leagues. The following season Coalville Town became the first Alliance team to reach the first round proper of the FA Cup, a feat which was repeated in the 2005–06 season by both Chasetown and Leamington.

With the creation of the National League System by the Football Association the league was officially defined as a Step 5 league. The champions of the Midland Combination, West Midlands (Regional) League and Leicestershire Senior League have continued to gain promotion to the Alliance, although in 2008 the new East Midlands Counties Football League was formed at the Step 6 level and it is anticipated that successful teams from the Leicestershire Senior League, which is officially a Step 7 league, will now move up to the new league and that the champions of the new league may in turn move up to the Alliance if they fall within its coverage area.

The League began as the Worcestershire Football Combination following a meeting in a hotel in Oldswinford on April 28th 1927.

Whilst Blackheath Town was the winners in the first two seasons, the outstanding team before the Second World War was Catshill Village Hall, winning the league four times as well as being runners up. The subsequent fame of the club was not confined to the Midlands, for shortly before the war several coach loads of their supporters went over the English Channel to Belgium to cheer the team to success in a Continental Tournament.

In the 1950s Wolverhampton Wanderers B side entered a team. England international players Ron Flowers, Eddie Clamp and Norman Deeley together with Ted Farmer and other prominent players served their apprenticeships in the Worcestershire Combination.

The Worcestershire Combination was receiving national recognition, and in 1968 became known as the Midland Combination. Alvechurch entered the Guinness Book of Records in 1971 when they met Oxford City in the Fourth Qualifying Round of the F.A. Cup six times to determine the winners. Alvechurch won the tie, but an exhausted side, who had played twelve games in three weeks, were then beaten by Aldershot.

Highgate United were another prominent side, but on February 25 1967 tragedy struck when Tony Alden was struck by lightning in an F.A.Cup Quarter Final against Enfield, and died in a Solihull hospital. The replay was held at Villa Park in front of an attendance of 31,632 which saw Enfield progress to the Semi Finals. In 1973 Highgate progressed to the Semi Finals themselves, drawing against Walton and Horsham at Highfield Road before losing the replay at Crystal Palace.

In the 1970s Bridgnorth Town winning the Welsh F.A Amateur Cup, the West Midlands Police winning Police National trophies, and Moor Green reaching the First Round Proper of the F.A Cup, the Midland Combination had reached new heights, and it came as no surprise when the League, after various meetings, became a direct feeder League to the Southern League in 1982 with Oldbury United being the first side to be promoted.

In 1994 the Midland Football Alliance was formed which took the top performing clubs from both the Midland Combination and the West Midlands League, with the Alliance now becoming the direct feeder League to the Southern League. This weakened the Midland Combination, but early in the 21st Century Leamington reformed, and they had an aggregate gate exceeding 10,000 for the season, whilst a crowd of 1,363 attended the fixture against Rugby Town.

In 2008 the Midland Combination Division One Step 7 side made fine progress in the F.A. Inter League Cup, beating the Isle of Man on penalties in the Semi Final before losing in the Final, again by penalties, to the Southern Amateur League at the Coventry Ricoh Arena.

On the 25th February 2010 Les James sadly passed away. He had played an active part in the Midland Combination for approaching sixty years, and was fondly known as “Mr Mid Comb”. He had held office in almost all of the posts within the League, and a huge amount of credit must be given to him for enhancing the reputation of the League so that the Midland League was able to take over the structure which exists today.